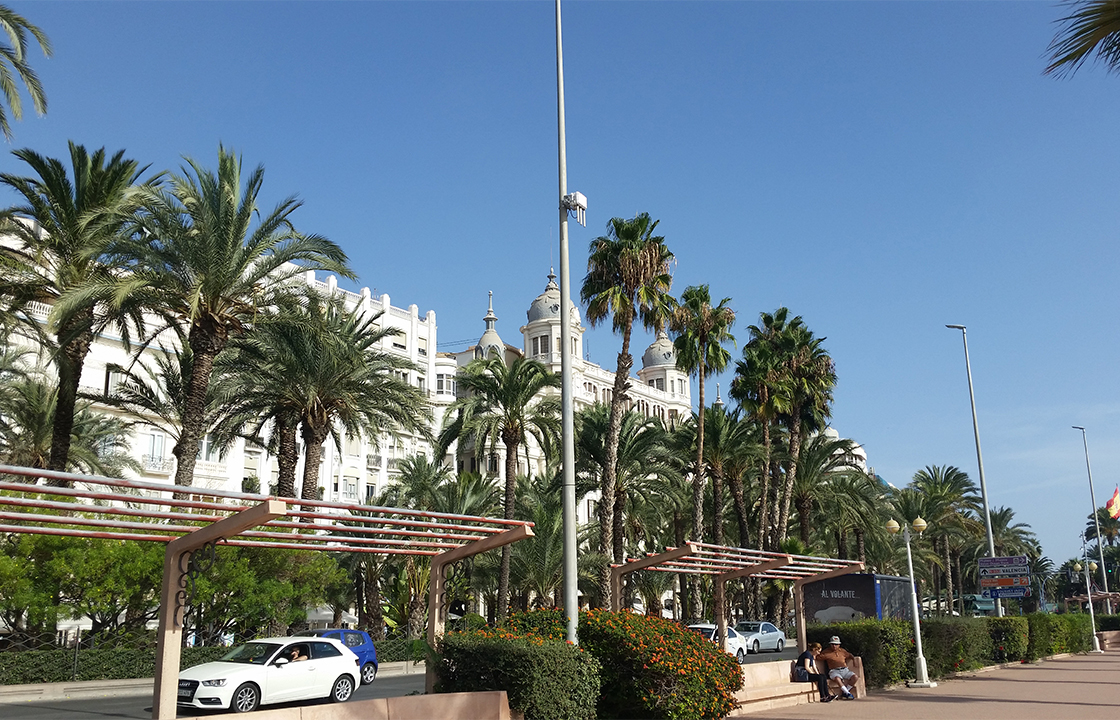 The Alicante region was probably inhabited around 3,000 years ago. Since the 9th century BC, the Phoenicians, a seafaring people who lived approximately in the area of today’s Lebanon, traded with the natives in this region. Around the year 325 BC, Greek settlers founded the city of Akra Leuke, which means white mountain. This probably meant the 166-meter-high Benacantil Mountain which is located in the center of Alicante.

In 201 BC, the settlement was taken over by the Romans and renamed Lucentum. In 718 the city was ruled by the Moors who built the Castillo de Santa Barbara on Mount Benacantil, until today one of the largest castles in Europe in terms of surface area. The Moors named the city Al Lucant, from which Alicante developed. In 1265 the area was conquered by King James I; he banished the Moors, incorporated the region into the Kingdom of Aragon and christianized it.

Alicante is located on the southeast coast of Spain on the so-called Costa Blanca, the White Coast. With around 335,000 inhabitants, it is the second largest city in the Valencian community. Alicante has a major seaport and one of the largest airports in Spain. The distance from London Luton to the International Airport Aeropuerto de Alicante is around 1.511 km for which a private jet needs a flight time of approx. three hours. A taxi or limousine takes another 25 minutes to drive to Alicante’s old town, which is around 15 km away. Your private jet experts at privatejet.co.uk will select the most suitable private jet flight to Alicante for you from a wide range of private jets and will be happy to also book a hotel or a transfer.

The most famous sight of the city has already been mentioned: the Castillo de Santa Barbara Fortress on the approximately 166-meter-high mountain Benacantil can be seen from afar. At the feet of the mountain is the old town, the Barrio Santa Cruz. Numerous great bars and restaurants can be found in the narrow streets – nightlife lovers will feel at home here! The city’s promenade is located at the marina: the Esplanada d´Espanya Promenade consists of around 6.5 million marble stones! Surrounded by palm trees, street vendors and artists wait for their customers during the day and in the evening the locals enjoy music concerts in the open air.

There are different opinions about the length of the Costa Blanca. Depending on which sections you include, the White Coast is between 150 and 200 km long. The name could come from the many white houses that are here – or from the fact that the sun illuminates the beach in white. Here are some of the most beautiful locations in the Mediterranean. And Benidorm. The experts at privatejet.co.uk are available to book a hotel for the beautiful locations.

In addition, the area around Alicante is also very popular with golfers! There are currently over a dozen golf courses on the Costa Blanca; more golf courses are being planned or will shortly be open.