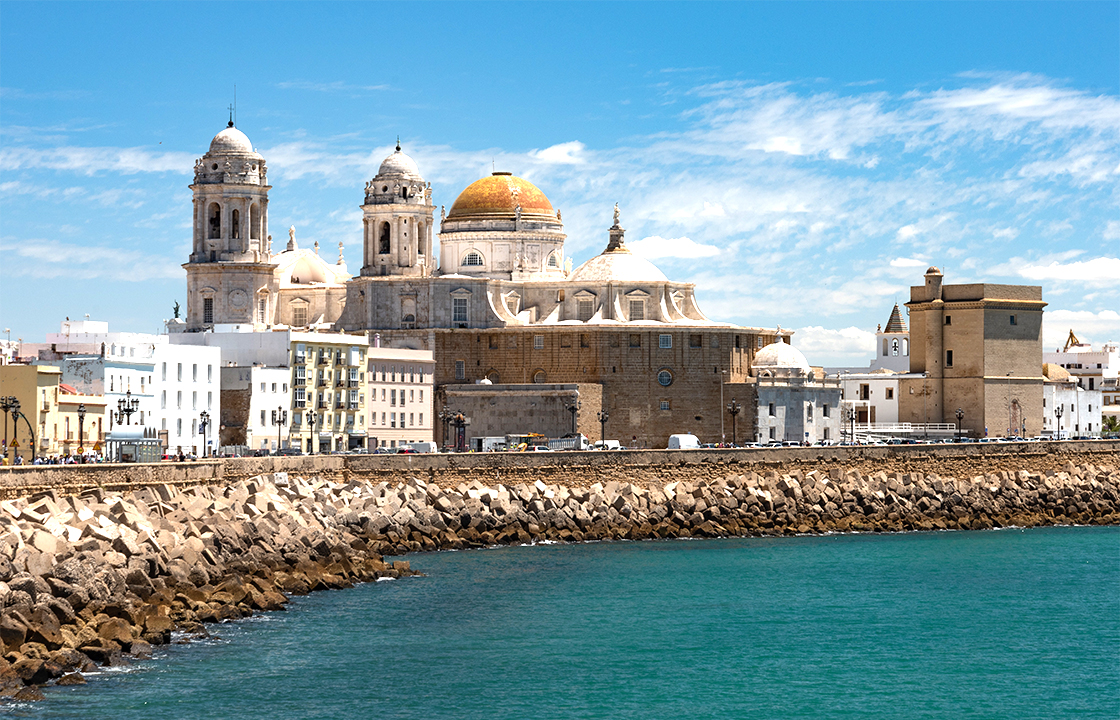 Cadiz is one of the oldest cities in Western Europe. After all, it was founded by Heracles, at least that’s what the city’s coat of arms shows. It is more likely that it was the Phoenicians – the seafaring people who lived approximately in the area of today’s Lebanon. The Phoenicians recognized the strategically favorable location of the island at the mouth of the Guadalete River in the Atlantic and established a base here to trade with the locals and to supply ships with provisions and, if necessary, to repair them. The oldest finds date from the 9th or 8th century BC. In the period that followed, the city flourished – and also became important for other peoples.

After the Phoenicians came the Carthaginians, and after the Carthaginians came the Romans. The city grew into one of the largest and most prosperous cities in the Roman Empire. After the fall of the Roman Empire, the Visigoths devastated the city. In 711 the Moors conquered the island and rebuilt the city, although it was destroyed again in 844 – this time, for a change, by the Vikings. On September 14, 1262, King Alfonso X took over the island; he banished the Moors, christianized the city and incorporated it into the kingdom of Castile.

After the discovery of America, Cadiz became the main port of the Spanish fleet. From here the warships started to conquer lands and merchant ships to engage in trade. Cadiz developed into one of the most important and richest cities in Europe. This was a thorn in the side of the English and the French. Both countries besieged, bombed, looted, captured, pillaged and destroyed the city and the Spanish fleet several times; in 1755 there was also an earthquake, but the importance of the city was not diminished.

If Cadiz were an independent state, it would be in second place on the list of countries according to population density – behind Monaco and ahead of Singapore. After all, around 116,000 people live here on an area of around 12 square km, i.e. around 9,600 people per square km.

Jerez de la Frontera Airport is around 45 km from the old town of Cadiz, which takes around 45 minutes by taxi or limousine. The distance from London Luton to Jerez is around 1.740 km; a private jet takes around three and a half hours to fly there. The private jet specialists at privatejet.co.uk will be happy to find the right private jet flight to Cadiz for you!

In addition to the numerous historical sights, Cadiz also features some beaches. Playa la Caleta in the old town, Playa de Santa Maria del Mar and Playa de la Victoria in the new town and Playa de la Cortadura on the city limits. Depending on where you live, the nearest beach may be within walking distance. Keep in mind: Cadiz is located roughly in the middle of the Costa de la Luz – the Coast of Light stretches along the Atlantic Ocean over a length of approx. 200 km from the British Gibraltar in the southeast to the Spanish-Portuguese coast in the northwest.