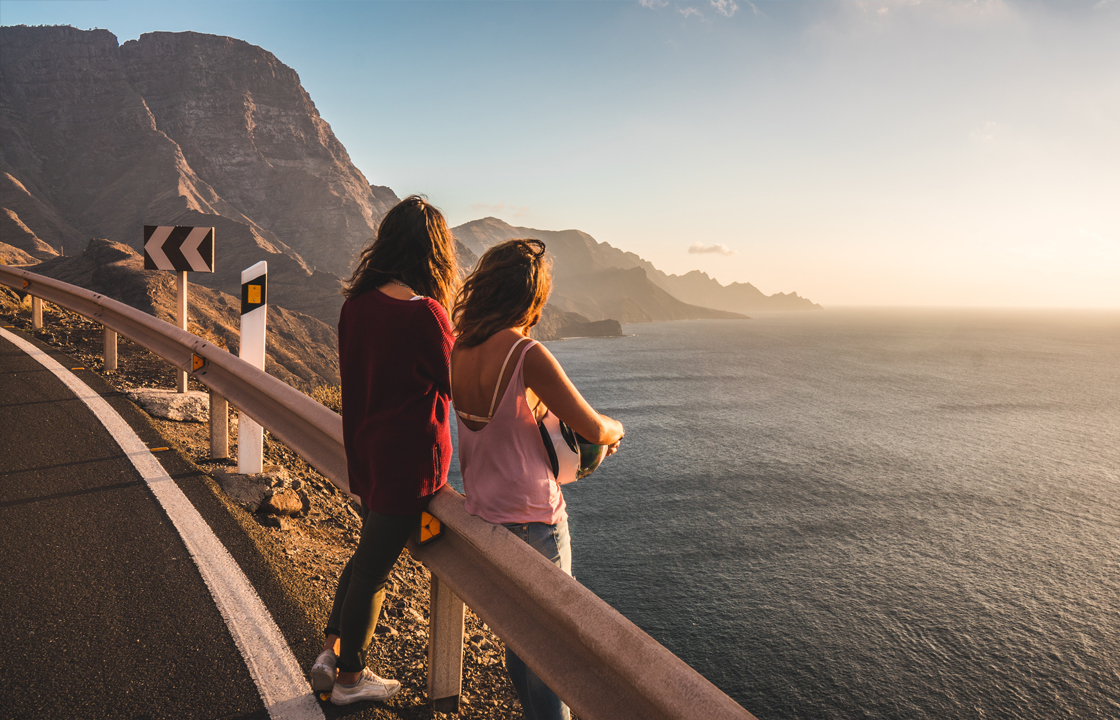 Famous island of the Canaries

Although it is not the largest island, Gran Canaria is probably the most famous of the Canaries. Gran Canaria is located around 210 km west of Morocco in the Atlantic Ocean, is circular with a diameter of around 50 km and an area of around 1,560 square km. The coastline is around 236 km.

The island is often referred to as a miniature continent because it has 14 microclimate zones. Gran Canaria, like its neighbors, is of volcanic origin. Volcanoes are still active today, even if the last eruption was almost 2,000 years ago. The highest point is the Morro de la Agujereada with 1,956 m, the landmark the Roque Nublo has 1,813 m. The mountains of Gran Canaria are very popular with hikers and nature lovers!

The distance from London Luton to the international airport Aeropuerto de Gran Canaria is 2.941 km for which a private jet needs around six hours. From the airport it is approx. 27 km north to the capital Las Palmas de Gran Canaria. Approx. 380,000 people live here and thus almost half of the roughly 850,000 inhabitants of the island. A taxi or limousine takes about half an hour to get from the airport to the old town. The specialists at privatejet.co.uk will be happy to also book a limousine transfer for you!

Las Palmas is located on a peninsula; to the east is the Puerto de la Luz, one of the largest ports in Spain. The city beach, Playa de Las Canteras is in the west. La Palmas used to be the tourist center of the island, but it is often very cloudy over the city – they speak of Panza de burro – donkey belly – in this context. This phenomenon was the reason why tourism has shifted to the south, for example to Maspalomas.

The south of the island is relatively dry and is influenced by dry winds from the Sahara. Here, at the southern tip, is one of the most popular vacation spots in Europe: Maspalomas. The seaside resort is about 32 km from the airport; a taxi or limousine takes about 20 minutes to get there. If you would like to reserve your transfer in advance, don’t hesitate to ask the private jet professionals – we don’t just book your private jet to Gran Canaria.

There are numerous hotels and holiday resorts in Maspalomas. Especially in winter the place is very popular with tourists, after all it is very mild in the cold months with temperatures around twenty degrees. Maspalomas is world-famous for its dunes – these are located in the south of the town and are around 6 km long and 1 to 2 km wide. Incidentally, the dunes are not made of sand, but mainly of the remains of coral and shell limestone.