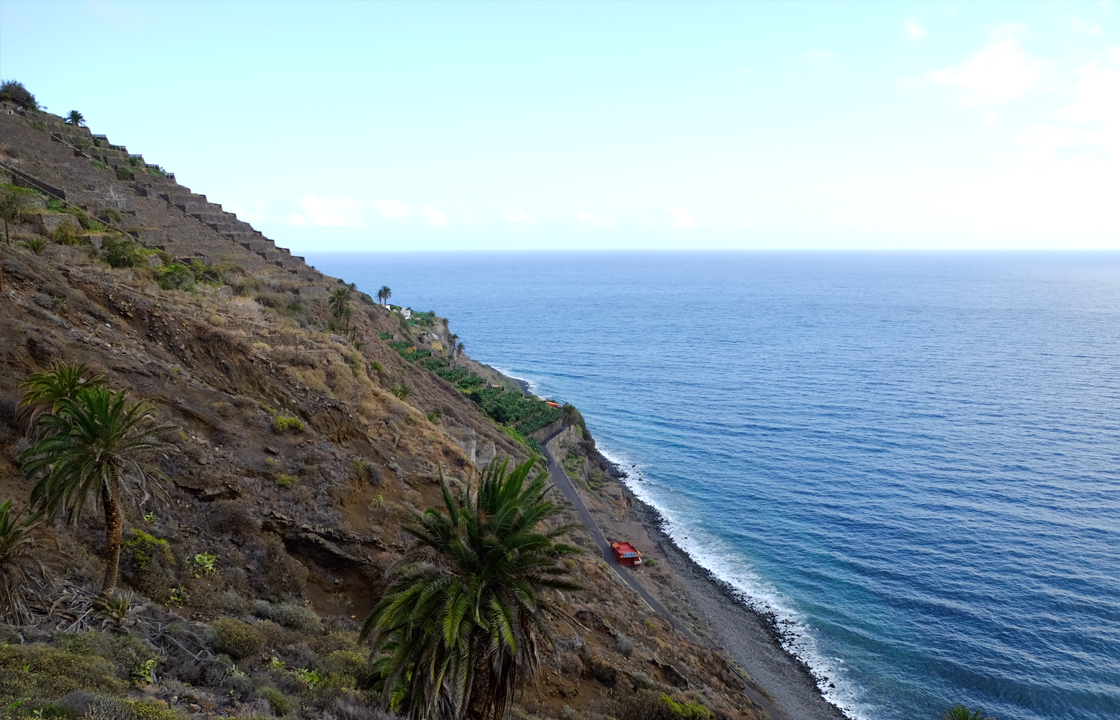 La Gomera is one of the smallest of the Canary Islands. Fancy numbers? No problem! The island has an area of around 370 square km and just about 21,000 inhabitants. Almost half of them, roughly around 9,000 people, live in the capital San Sebastian de La Gomera. The island is located in the Atlantic. There are around 300 km to the African coast and around 1,300 km to the Spanish mainland. The distance from London Luton to the international airport Aeropuerto de La Gomera is about 2.998 km which a private jet covers in about six and a half hours. The private jet specialists at privatejet.co.uk will be happy to help you find a suitable private jet, as well as book a hotel and a transfer.

The island looks back on an eventful past. The colonization by the Spaniards began in 1440 when Hernan Peraza the Elder occupied a settlement of the indigenous people, the Gomeros. The place was strategically located on a bay that was suitable for the construction of a port and at the end of a ravine that ensured the supply of drinking water to the settlement. Peraza called this place San Sebastian. Even before he conquered the rest of the island, he began to erect buildings on this site: the Ermita de San Sebastian Church to pray, the Casa de los Peraza house to live in and the Torre del Conde defense tower to defend against the indigenous people.

Many seafarers took advantage of the strategic location of the place to repair their ships and to have their water supplies replenished. Most of the names of these seamen have been forgotten, but the name of a seafarer who set out from here on September 6, 1492 has gone down in history – even though he never reached his destination. He is Christopher Columbus.

Like its Canarian neighbors, La Gomera is also of volcanic origin. In the middle of the almost circular island is the Parque Nacional de Garajonay, called after the mountain by the same name. With 1,487 m it is the highest point on the island. The national park makes up around ten percent of the area of La Gomera and became part of the UNESCO world heritage in 1986. The largest contiguous laurel forest in the world can also be admired here.

One of the most popular seaside resorts on the island is located in the immediate vicinity of the airport – Santiago with the same-named Playa de Santiago is just five to ten minutes ride from the terminal. There are 45 km or around an hour’s ride to Valle Gran Rey. Here are the beaches of Playa de Valle Gran Rey and Playa de Vueltas.