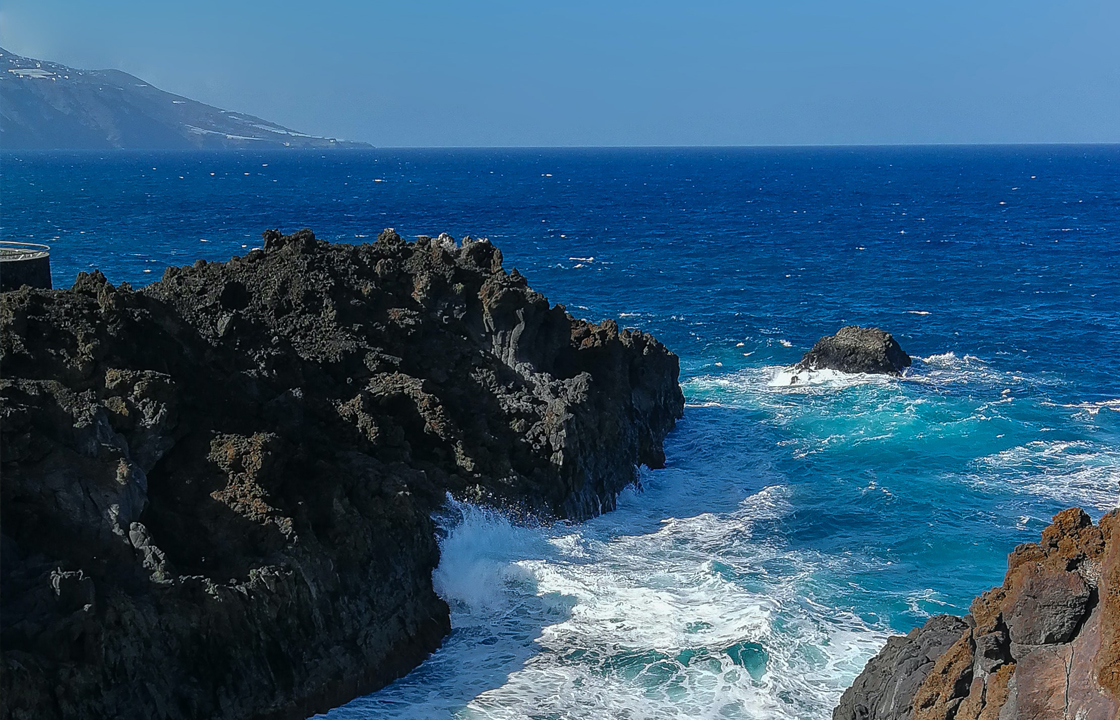 La Palma, like its sisters, is of volcanic origin. It is the youngest, most northwestern and one of the smallest of the Canary Islands. About 93,000 people live in an area of around 708 square km. The capital Santa Cruz de La Palma on the east coast has around 16,000 people and around 20,000 people live in the city of Los Llanos de Aridane in the west.

The island is located in the Atlantic, about 417 km from Morocco and about 1,371 km from mainland Spain. The distance from London Luton to the international airport Aeropuerto de La Palma is around 2.959 km. A private jet takes around six and a half hours to cover this route. There are about 8 km to the old town of Santa Cruz, which takes about fifteen minutes by taxi or limousine. The private jet experts from privatejet.co.uk will be happy to book your private jet flight to La Palma as well as a suitable transfer and hotel for you!

Almost half of the island is forested, which is why La Palma is also called La Isla Verde – the Green Island (in this context it is worth mentioning that the full name is La Isla de San Miguel de La Palma; La Palma is only the short version of the name). So it is no wonder that the island has always been very popular with hikers. Little by little, other activities have been added, such as paragliding, horse riding excursions or mountain biking tours.

Nevertheless, the number of tourists is limited; in recent years it has mostly fluctuated between 100,000 and 120,000 visitors per year. Most guests spend their holidays on the west side of the island, especially in the area of the municipality of Los Llanos. Here you will find the seaside resorts of Puerto Naos with the same-named Playa de Puerto Naos, Todoque with the Playa el Charcon and the Playa Nueva as well as La Laguna with the Playa del Perdido and the Playa de la Vina. These three towns are each around 35 km or 45 minutes’ ride from the international airport and account for more than half of the islands’ tourism. Los Cancajos is very popular in the east of La Palma (approx. 3km or five minutes’ ride from the airport); due to its rocky coast, it is particularly popular with divers.

If you are on La Palma, then we definitely recommend that you take a detour to the island’s capital Santa Cruz. The city is relatively small and manageable and has retained its original charm. If you stroll along the Avenida Maritima Promenade, you can admire some of the typical Canarian wooden balconies.

Book your private jet flight to La Palma with the experts! The private jet professionals at privatejet.co.uk have a large number of private jets and are happy to book a hotel and a transfer for you.