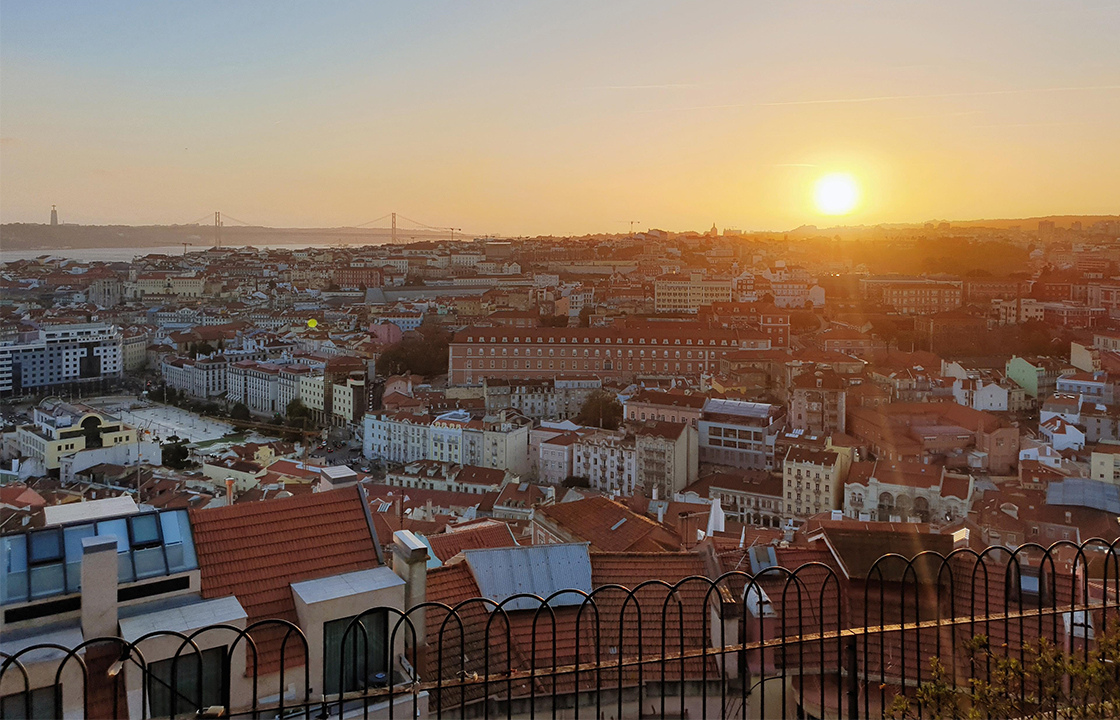 With a length of around 1.007 km, the Rio Tejo is the longest river on the Iberian Peninsula. A few km before the Tagus joins the Atlantic, it widens and forms one of the largest bays in southern Europe. This strategically good location – fresh water supply on the one hand, the open sea on the other, as well as one of the largest bays at the westernmost end of the continental European mainland – were decisive in making Lisboa one of the most important and prosperous cities of the time at the beginning of the modern era in the then known world.

Around the year 1000 BC the Phoenicians began to set up trading bases in the entire Mediterranean area and beyond. The mouth of the Rio Tejo was the right place, as the bay with its natural harbor offered optimal protection for ships from the storms of the seas. They called this place Alis Ubbo, which means happy sea bay or funny sea gulf. After the Phoenicians, the Carthaginians, the Romans, the Suebi and the Visigoths ruled the city.

The Moors invaded the Iberian Peninsula in 711 and conquered the city of Lisboa in 719. An economic rise began under the Moors; Lisbon became one of the most important ports in the Cordoba Caliphate. The rule of the Moors lasted until 1147, when the city was conquered by the Portuguese during the Reconquista, the reconquest of the Iberian Peninsula by the Catholic Kings and made capital in 1256. Under Infante Dom Henrique, also known as Henry the Navigator, Portugal developed into a colonial power and Lisboa into one of the most important and prosperous cities in the world.

On November 1, 1755, the city was struck by an earthquake that reached a magnitude of around 9.0 on the Richter scale. The residents fled frightened to the coast, where they were surprised by a tsunami tidal wave. About two thirds of Lisboa was destroyed and about 60,000 people lost their lives. The lower town was rebuilt in a checkerboard pattern. Today Lisboa has around 500,000 inhabitants; around three million people live in the metropolitan region.

The airport Aeroporto de Lisboa Humberto Degado is about 1.606 km away from London Luton. A private jet takes around zwo and a half hours to cover this route. There are about 10 km to the city center, for which a taxi takes around 15 to 30 minutes, depending on the traffic situation. There are countless hotels within different price ranges in Lisboa. The private jet professionals at privatejet.co.uk will be happy to book you a suitable private jet flight to Lisboa as well as a transfer and a hotel on site.

The three funiculars Ascencor do Lavra, da Gloria and da Bica and the Elevador de Santa Justa are some of the most famous landmarks in Lisboa. The Torre de Belem and the Mosteiro dos Jeronimos Monastery became a UNESCO world heritage site in 1983, and those who see the Ponte 25 de Abril Bridge are immediately reminded of the Golden Gate Bridge.