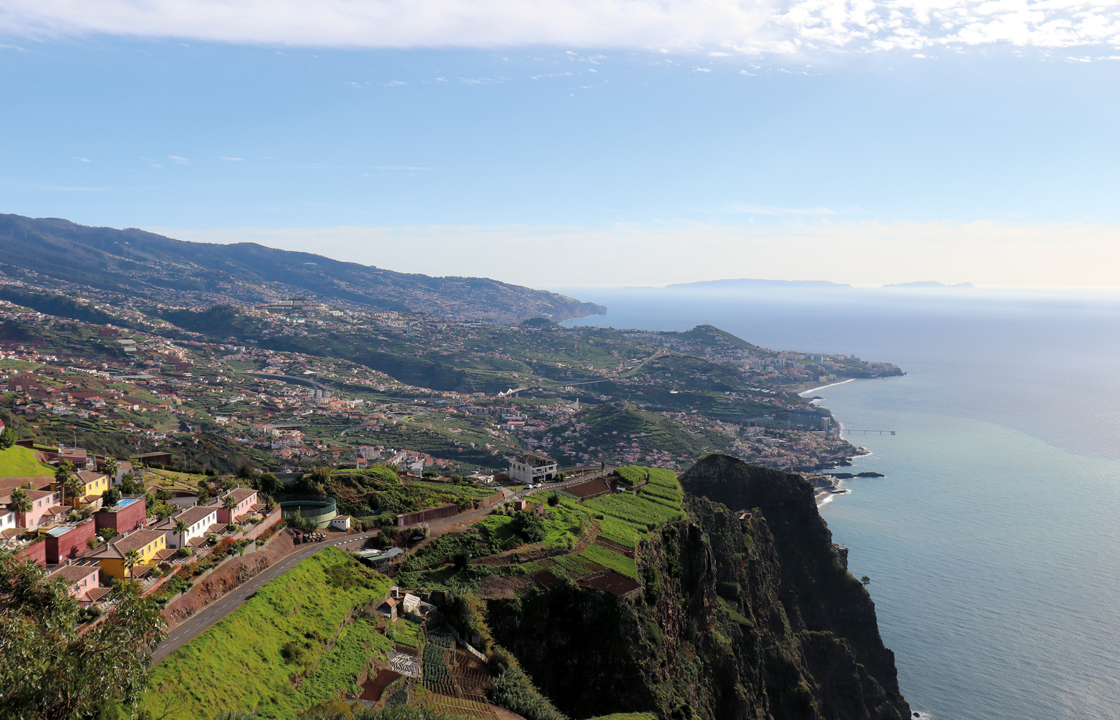 Madeira was officially rediscovered by the Portuguese in 1419. The island began to be settled in 1420; Thus Madeira is the first place outside Europe that was settled by the Europeans. Madeira means “wood”, which refers to the wood of the laurel trees found in abundance on the island and was very well suited for shipbuilding. Since Madeira was very fertile, the settlement developed very quickly: agriculture, livestock farming and fishing could feed the residents. Over time, the settlers also grew wine and sugar cane. The location between Europe, Africa and America gave the island a high strategic importance. Madeira was an important base for repairing ships and restocking supplies.

With an area of around 741 square km, Madeira is somewhat smaller than Hamburg, but only about 255,000 people live here; about 112,000 of them live in the capital Funchal, which is located on the south coast. The international airport Aeroporto da Madeira, named after the famous philosopher Cristiano Ronaldo, is located about 19 km west of the old town of Funchal; a taxi or limousine needs about 30 minutes for this route. The distance from London Luton to Madeira is around 2.510 km, for which a private jet takes around six hours. The private jet professionals at privatejet.co.uk are happy to help you find a private jet flight to Madeira! We are also specialists in hotels and transfers!

The flower island in the Atlantic

Anyone who has ever been to Madeira knows why the island is also called the flower island in the Atlantic. One of the reasons for this is probably the Laurisilva – Madeira’s laurel forest. It is about 150 square km and thus makes up around a fifth of the area of the island. Here you can find numerous trees and plants that do not (any longer) exist in Europe. The permanent fog precipitation ensures that the forest is very humid. UNESCO acknowledged the uniqueness of this forest and added it to the world heritage List in 1999. And so it is no wonder that Madeira is very popular with hikers and nature lovers.

A large part of tourists come from Great Britain. This could be due, among other things, to the famous Reid’s Palace Hotel, which the Scot William Reid had built as of 1887. The hotel opened in 1891 after four years of construction, three years after the owner’s death. It developed into a hotspot for British society. The two presidential suites in the main building are named after two long-time regular customers: the Irish playwright Geroge Bernard Shaw and the British Prime Minister Winston Churchill. In the meantime, the proportion of German-speaking tourists on Madeira has increased significantly.

Beaches on the island

There are not many sandy beaches on the island, but two of them are worth mentioning: in Calheta (southwest coast) and in Machico (east coast), Sahara sand piled up; the beaches are known as the Golden Madeira Beaches and are suitable for families with children.