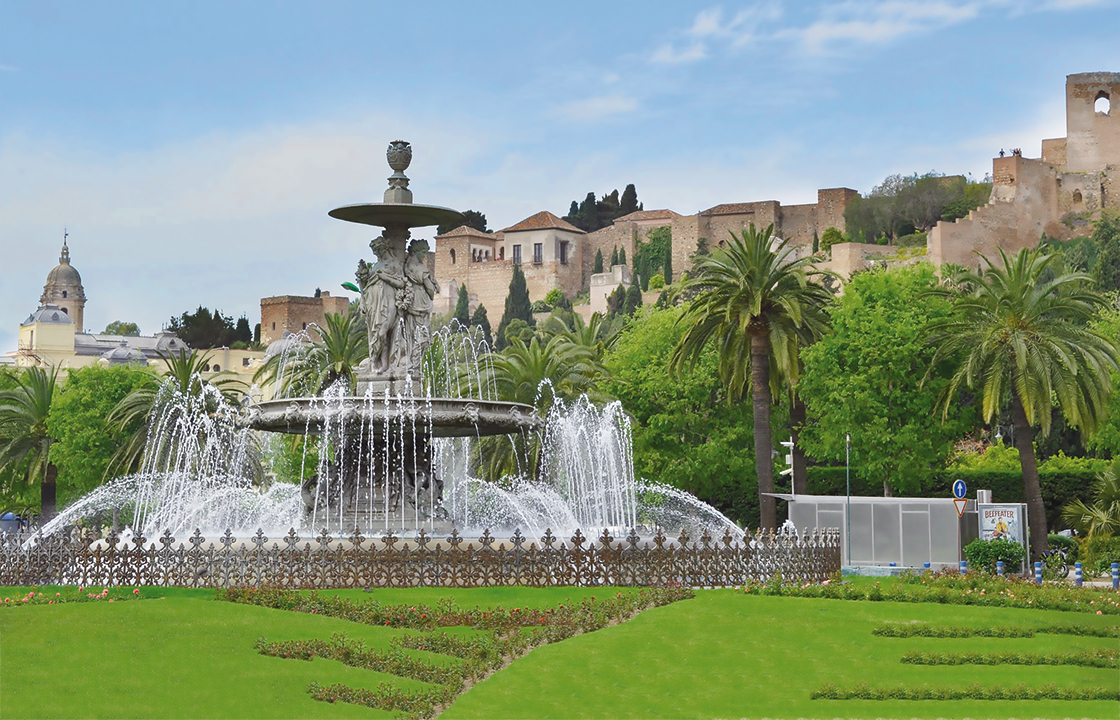 Around 3,000 years ago, the Phoenicians were the greatest sea power in the world. Starting from their home country, which roughly corresponds to today’s Lebanon, they traded beyond the Mediterranean. For this purpose they set up bases along their trade routes, on the one hand to do business with the locals, on the other hand to supply their ships with provisions and, if necessary, to repair them. And so to this purpose the city of Malaka was founded in the eighth century BC. In the course of time, the rule of this area changed. The Carthaginians, the Romans and the Moors, among others, took possession of it. On August 14, 1487, the city was conquered by the Catholic kings of Castile and Aragon; the Moors were banished, Christians settled in. Since then the city has belonged to Spain.

Some of the most famous sights of Malaga are conveniently located in the immediate vicinity. The Alcazaba, a Moorish fortress that was built in the eleventh century on the remains of a Phoenician palace complex, is located on a 135-m-high hill as well as the castle complex of Castillo de Gibralfaro right next to it. At the foot of the hill are the ruins of a former Roman theater. Not far away is the circular bullring La Malagueta, which with a diameter of around 50 m offers space for around 14,000 people and is therefore one of the largest bullrings in Spain. And on the way to the old town you pass by the Catedral de la Encarnacion. The cathedral is also called La Manquita (the one-armed) because the second tower was never completed due to lack of money.

Malaga, as the city is spelled today, is the second largest city in Andalusia and the sixth largest in the country. The international airport Aeropuerto de Malaga – Costa del Sol is only around eleven km from the old town; a taxi or limousine takes about 20 minutes to get there. The distance from London Luton to Malaga is around 1.721 km, which takes a private jet around three and a half hours. The private jet professionals at privatejet.co.uk have the right private jets for your flight to Malaga and they are also happy to book a limousine for you!

As the name of the airport suggests: Malaga is located on the Costa del Sol, Spain’s sunny coast. It stretches over a length of almost 200 km from Manilva to Maro. Around 320 days of sunshine per year make this area a popular destination for tourists from all over Europe. One of the most famous tourist resort is Torremolinos; it is located about 8 km or 15 minutes away from Malaga Airport and can therefore be reached very quickly. Those who are self-respecting can ride to Marbella, about 50 km away (driving time around 45 minutes). The private jet professionals at privatejet.co.uk will be happy to book a suitable private jet and transfer for you.

The area is very popular with beach tourists in the warm season and with golfers in the winter months! Golfers enjoy the mild temperatures and around 60 golf courses.

With a private jet flight to Malaga you don’t have to worry about your golf luggage! The private jet professionals from privatejet.co.uk will be happy to book a suitable private jet to Malaga for you, as well as a beautiful golf hotel and the related transfers!