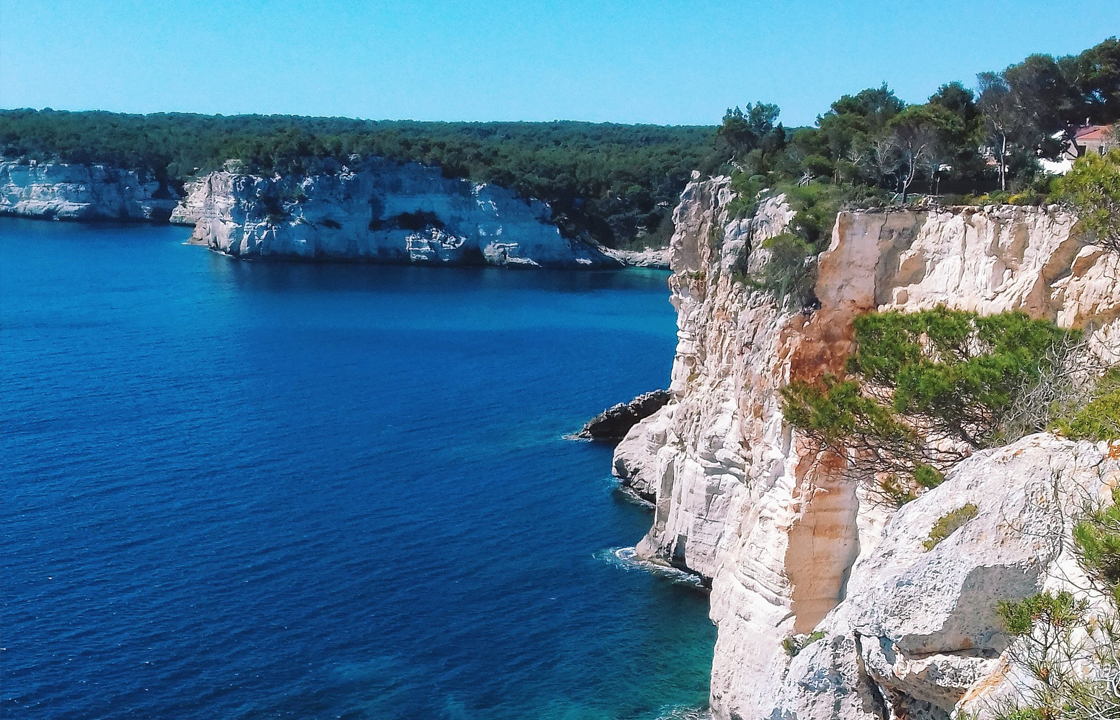 Menorca is the northeasternmost island of the Balearic Islands. The name Menorca means “the smaller one”, while Mallorca is “the bigger one” of the two neighboring islands. With an area of around 694 square km (and around 285 km of coastline) Menorca is slightly smaller than Hamburg, but only around 95,000 people live here. Almost 30,000 of them live in the capital Mahon (Catalan: Mao), which is picturesquely located in a bay in the east of the island.

There are 1.381 km from London Luton to the international airport Aeropuerto de Menorca. A private jet flight to Menorca takes around two and a quarter hours; this makes Menorca the fastest island to be reached of all the Balearic Islands. The airport is about 6 km from the old town of Mahon; a taxi or limousine takes about 10 to 15 minutes to cover this route. Your privatejet.co.uk experts will be happy to book a transfer for you – ask us!

Menorca is only about 50 km long and about 16 km wide, so that you can reach almost any point on the island within about an hour. Compared to its Balearic sisters, Menorca is not that big and not that spectacular – it is a bit quieter and more comfortable here, which is why the island is very popular with families.

From the top of the 357-meter-high Monte Toro, conveniently located in the center of the island, you have a good view of Menorca. The island can be roughly divided into three areas: the north is rugged and rocky; there are fjord-like bays, but only a few beaches. The middle is green and wooded; a lot of agriculture is practiced here. The landscape of the south is gentler and features some very beautiful, often quite natural beaches.

Three of the most beautiful beaches are on the southwest coast, near the town of Ciutadella: in the bays of Cala Macarella, Cala Macarelleta and Cala Turqueta there are wonderful beaches with turquoise, crystal clear water. The one-hour ride from Mahon is worth it! Somewhat closer to the capital and very family-friendly are Platja es Grau (approx. 15 minutes north of Mahon) and Cala en Porter (approx. 20 minutes west of Mahon). There are no beach bars on many beaches; take enough provisions with you.

Menorca opened up for tourism much later, which is why there are no typical tourist resorts like on the larger neighboring island. In addition, Menorca became a biosphere reserve in 1993 and around half of the island was placed under landscape and nature protection, therefore the original character of Menorca has largely been preserved.