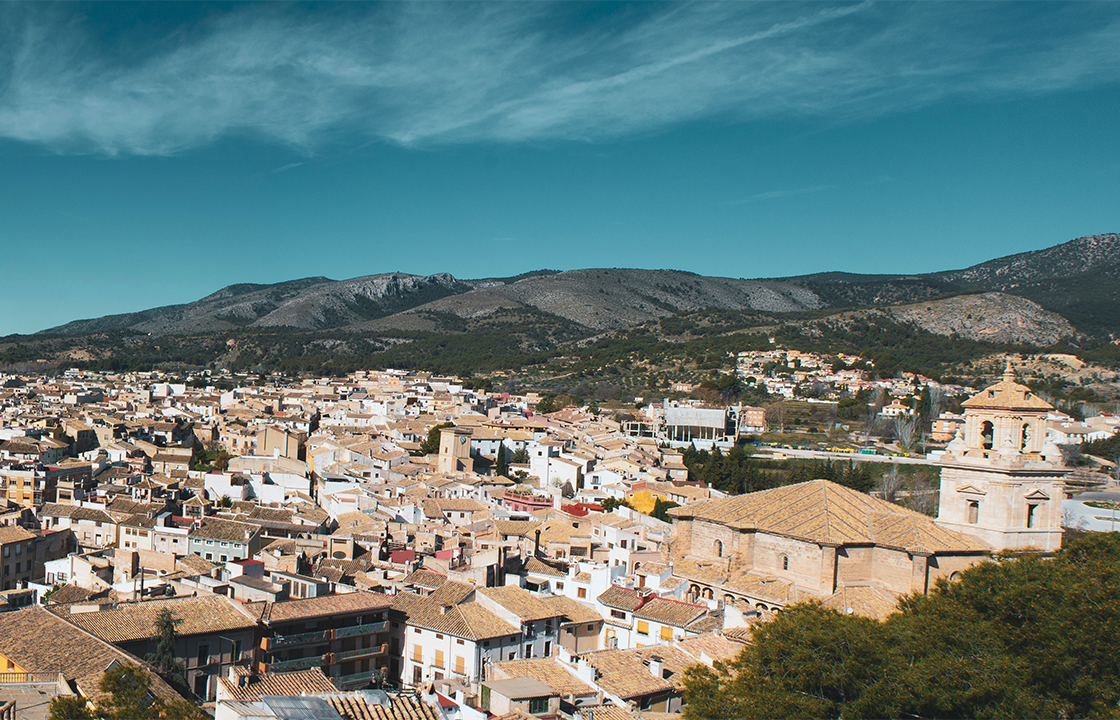 The area around Murcia has been populated since prehistory; the traces go back to the Bronze Age of the El Argar culture. During the Iron Age, the area was first inhabited by the Iberians and then by the Romans. A building from this period is the fortress Castillo de los Garres, which is located south of the city. In 825 AD the city of Madinat Mursiyah was founded by Ab dar-Rahman II, the then Emir of Cordoba. Its urban planners used the course of the Segura River and created a complex network of irrigation canals – thanks to the well-organized agricultural use, the number of inhabitants grew rapidly.

Murcia achieved great prosperity and importance. After the fall of the Cordoba Caliphate in 1031, Murcia became the capital of its own independent kingdom under Ibn Tahir. In the 12th century, the traveler and writer Muhammad al-Idrisi described the city of Murcia as densely populated and strongly fortified. The ceramics that were exported to Italy, as well as the first silk and paper industry in Europe, made Murcia one of the most prosperous cities in Spain.

Murcia was the capital of a small Muslim emirate

In 1172 Murcia was conquered by the Almohads, the last North African empire to rule in the south of the Iberian Peninsula. When the Reconquista, the reconquest of Spain by the Catholic Kings, gradually took parts of southern Spain, Murcia was the capital of a small Muslim emirate from 1223 and was under the protectorate of Castile starting with 1243, which in return received access to the Mediterranean. The influx of Christians led to the unrest of the Muslim population from 1264 onwards. In 1266 Murcia was conquered by James I of Aragon; the Muslims were expelled over time and the area christianized.

Many Muslims left Murcia and moved to the neighboring kingdom of Granada, which flourished due to their arrival. Murcia, on the other hand, lost its importance and was only able to recover from it in the 18th century, mainly thanks to the silk industry. Murcia has been the capital of the province by the same name since 1833 and the capital of the autonomous community by the same name since 1982.

Places of interest in Murcia

With around 450,000 inhabitants, Murcia is now the seventh largest city in Spain and a thriving service city. The two most important streets of the old town, which incidentally is largely designated as a pedestrian zone, are the Traperia, whose name is derived from Trapos (clothing), and the Plateria, whose name goes back to Plata (silver). In the Traperia is the casino, a building from 1847 with a typical Moorish courtyard modeled according to the Alhambra in Granada. In the past, raw materials (including silver) were traded in the Plateria.

Sights include the cathedral, the main building of which was built between 1394 and 1465 and the church tower which was completed in 1792, the Episcopal Palace Plaza Cardinal Belluga and the bridges over the Segura River. The Glorieta de Espana is the center of the city.

Murcia Airport, officially called Aeropuerto International de la Region de Murcia, is around 1.568 km or around zwo hours by plane from London Luton. There are approx. 25 km to the north of the city center of Murcia (riding time approx. 30 to 40 minutes depending on the traffic situation). There are around 40 km from the airport to the Mediterranean Coast and around 50 km from Murcia to the Mediterranean Coast.