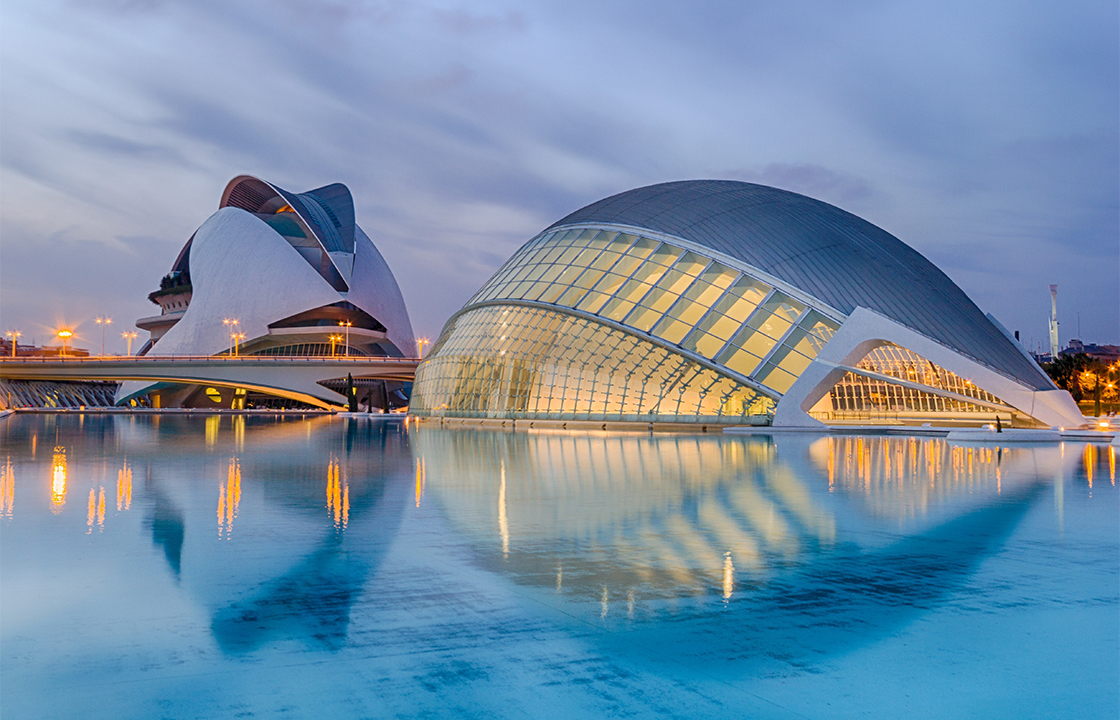 In 138 BC. the Roman consul Decimus Junius Brutus Callaicus founded a settlement on an island on the Turia River, around 4 km from the mouth of the river into the sea, where the core of the old town is today. He named it Valentia. About a century later, the place became a Roman colony. After the fall of the Roman Empire, nothing happened for a long time. Only after the conquest by the Moors in 711 the city was able to develop well and grow to around 15,000 inhabitants. After five months of siege, King James I of Aragon succeeded in conquering the city on October 9, 1238 (the Dia de la Comunidad Valenciana is still a regional holiday today); Valencia became part of the Kingdom of Aragon.

In the centuries that followed, Valencia continued to grow. Some milestones: when a new city wall was built in the middle of the 14th century, the protected area roughly tripled; from the beginning to the end of the 15th century, the population almost doubled from around 40,000 to around 75,000. At that time, Valencia owned one of the largest ports in the Mediterranean and was an important financial and commercial center.

Valencia today: with around 800,000 inhabitants in the urban area and around two million people in the metropolitan area, Valencia is the third largest city in Spain and the capital of the autonomous community of Valencia. It has one of the largest ports in the Mediterranean and one of the largest airports in Spain. The distance from London Luton to Valencia International Airport is approx. 1.377 km; a private jet takes about two and a half hours to cover this distance. To book a private jet flight to Valencia, please contact the private jet professionals at privatejet.co.uk! We can also arrange a hotel or a transfer for you. A taxi or limousine takes around 25 minutes for the 12-km route from the airport to the old town.

Some of the most famous sights in Valencia are: the city gate Torres de Serranos with its two 30-meter -high towers; whoever wanted to go through the gate first had to cross the 100-meter-long bridge over the Turia River. The Lonja de la Seda Silk Exchange became part of the UNESCO world heritage in 1996. The Catedral Santa Maria de Valencia; there used to be a Roman temple here that was converted into a mosque by the Moors; after the expulsion of the Moors, the building was converted into a cathedral.

If you think of modern Valencia, you probably have the Ciudad de les Arts i les Ciencies (City of Arts and Science) in mind. Among other sights, the Palau de les arts Reina Sofia Opera House, the Natural Science Museum and the largest aquarium in Europe are located here.

Valencia is located roughly in the middle of the Costa del Azahar, which goes from Alcanar (in the north) to Oliva (in the south) and extends over a length of around 200 km. The coast is also called Costa de Valencia and is one of the most important holiday destinations in Spain today.