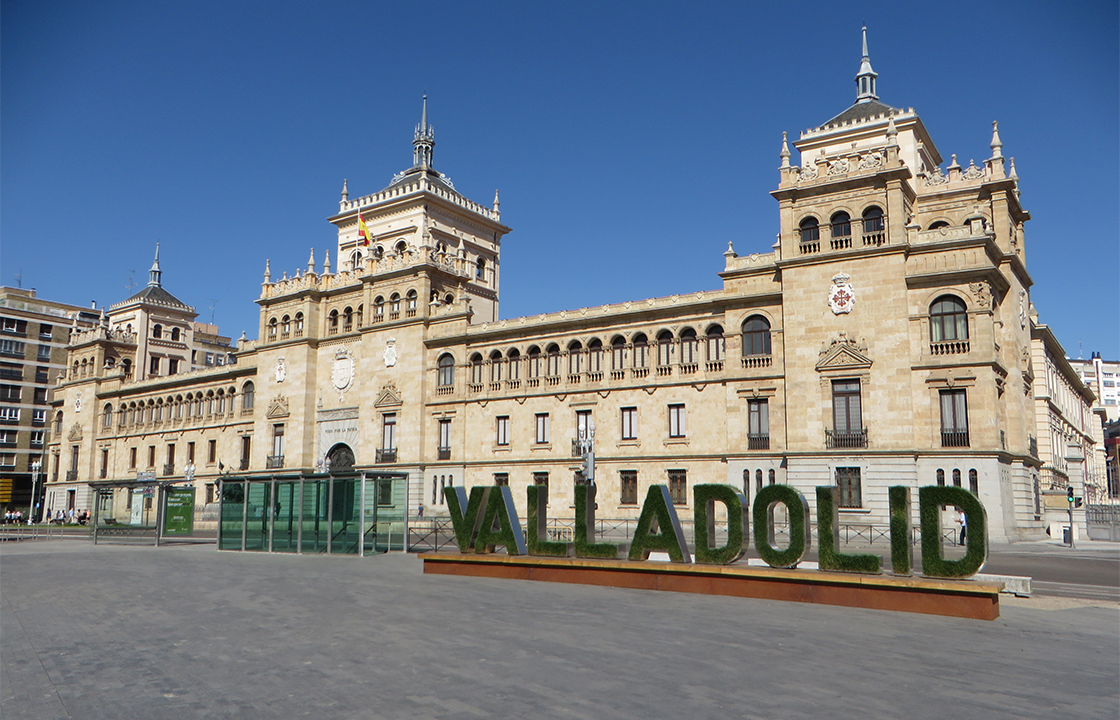 Valladolid is a city in northwestern Spain. The Pisuerga, the most important tributary of the Douro, flows through it. It is not exactly clear when this area was settled, but remains of Celtic and Roman camps have been excavated. The core of the city was originally where the San Miguel and Rosario Squares are today, and was surrounded by a palisade. Altogether, there must have been three wall lines at the time that were supposed to protect the city.

In the 8th century AD Moorish armies advanced into northern Spain. They were forced back in the 10th century by the Catholic Monarchs as part of the Reconquista. In 1072 Alfonso VI of Leon and Castile granted to Count Pedro Ansurez rule over Valladolid; this year went down in history as the year the city was founded. Ansurez initiated the repopulation of the largely deserted area. Together with his wife Eylo, he had a palace and three hospitals built as well as the churches of La Antigua, San Sebastian, San Nicolas and Santa Maria. Lower taxes and tariffs ensured Valladolid rapid growth.

In 1469, Queen Isabella I of Castile and King Ferdinand of Aragon married in the city. The marriage united the two kingdoms with Valladolid as the capital. After a great fire that destroyed large parts of the city in 1561, King Philip II moved his royal court to Madrid. In 1596 Valladolid was granted city rights and a bishop see.

Things got a bit strange in the years 1601 to 1606. The Duke of Lerma started buying land in Valladolid a few years earlier. Then he suggested to King Philip III. to move the capital from Madrid to Valladolid – in order to sell the land he has acquired to the crown at a high price. And so it came about that the capital was moved to Valladolid in 1601. Lerma then acquired real estate in Madrid. After a plague epidemic in Valladolid in 1606, he suggested moving the capital back to Madrid in order to sell his assets there again at high prices, and so it happened. This was Spain’s first real estate scandal – and not the last.

Without the status of capital city, Valladolid became much quieter. After WWII, the city developed into an important industrial center. Companies, especially in the automotive sector, were founded here. Numerous jobs were created, which attracted many people from other regions to the city. Valladolid spread to the west bank of the Pisuerga River.

Today Valladolid has around 300,000 inhabitants and, as the former capital, naturally has many sights. Famous buildings include the Royal Palace (Palacio Real), the Palacio de Villena, the Palacio del Conde de Gondomar and the Palacio de Pimentel. The right-angled main square Plaza Mayor as a model for the squares by the same name, for example in Madrid and Salamanca, and the University of Valladolid  which is one of the oldest universities in the world.

Valladolid is around 1.180 km away from London Luton. A private jet takes around three hours to cover this route. From the international airport Aeropuerto de Valladolid there are approx. 13 km to the city center; the riding time is around 20 to 30 minutes, depending on the traffic situation.