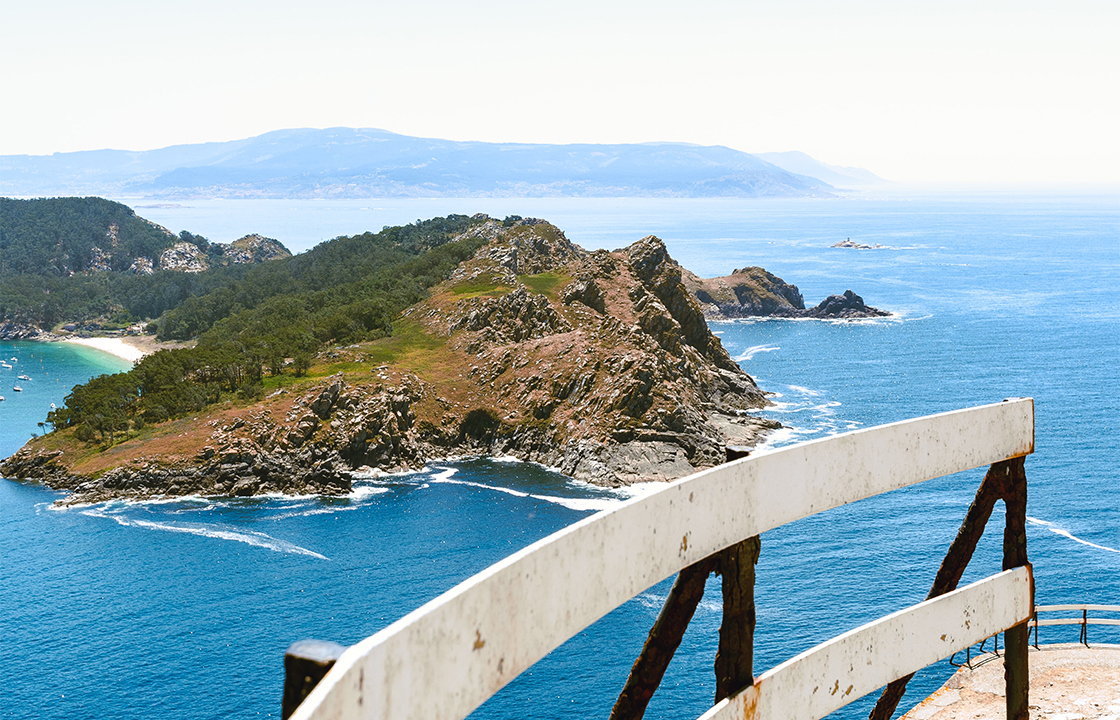 Vigo is a port city in northwestern Spain, in the autonomous community of Galicia. There are around 30 km to the south of Portugal. The Romans recognized the strategically good location on the edge of a large bay; they founded a settlement here called Vicius.

For many centuries the history of the city was very one-sided: Vigo was regularly attacked, looted and set fire to. The Moors (towards the end of the 10th century), the Normans (several times), the English (under Sir Francis Drake in 1585 and 1589), the Turks (1619) – they all affected the city to a greater or lesser extent. Although King Felipe IV of Spain had a city wall built after the attack by the Turks, this did not prevent the English (in 1702) or the French (under Napoleon, 1808) from capturing and destroying the city again. By the way, parts of the city wall are still preserved today.

Around 1840 Vigo only had around 5,500 inhabitants, but they were very clever – in 1853, the Faro de Vigo, the oldest newspaper in Spain, appeared. In the 20th century the city began to free itself from the burdens of the past and to grow, from around 20,000 inhabitants in 1900 to around 280,000 inhabitants in 2000. The main reasons for the population increase were two measures taken in favor of the city by the dictator Franco: in 1947 he granted extensive tax privileges, and in 1964 he started an industrial development program, which was very unusual for a relatively small city like Vigo. There have also been some urban changes that are not as extensive as in other cities.

What is Vigo today? It is rather not the capital of the Autonomous Community of Galicia, nor is it the most famous city. But, and that might come as a surprise: with around 300,000 inhabitants, it is the largest city in Galicia. It has one of the largest natural harbors and the largest fishing fleet in Spain, it is connected to the Spanish highway network and to the high-speed rail network. The airport Aeroporto de Vigo is usually only served by domestic Spanish connections – one more reason to book a private jet!

From London Luton there are around 1.239 km km to Aeroporto de Vigo, which takes a private jet around zwo hours. From the airport terminal to the old town of Vigo there are another 12 km or around 20 to 25 minutes, depending on the traffic situation. If you would like to book a private jet to Vigo, then contact the private jet professionals at privatejet.co.uk – we will be glad to arrange a limousine transfer on site, or look for a nice hotel for you.

Places of interest in Vigo

A Spanish port city of this size has a lot to offer visitors. The best thing to do is to climb the O Castro, a hill with a park and fortress and first get a panoramic view. If you want to go shopping, you will definitely find what you are looking for in the Principe, Urzaiz and Gran Via shopping streets. Families can visit the Zoo or take a trip to the nearby Illas Cies Archipelago and visit Playa de Rodas – according to the British newspaper Guardian, the most beautiful beach in the world. In the evening, in addition to the old town the old fishing district of Berbes is ideal for a stroll. If you like tapas and delicious wine, you have come to the right place!